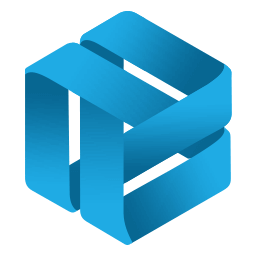 If your mechanical design team introduced Microsoft Teams as a new tool within the past 12-13 months, you’re not alone. There’s been massive growth in the number of daily active users (DAU) on Teams. From 32 million DAU at the beginning of the pandemic, Teams just hit a new milestone of 145 million DAU — that’s a whopping 353% increase.

Although this particular digital shift was initially driven by pure necessity, teams using Teams have been able to start thinking differently about how they work and collaborate together. Mechanical design teams are no exception. Old ideas about what’s possible (or not) have started giving way to new ideas about what engineers and manufacturers might be able to achieve through enhanced tools for collaboration.

Why has Teams grown so much and so quickly versus other collaborative tools? In a way, you could say Teams was “in the right place at the right time.” When workplaces suddenly shut down, most organizations hadn’t planned for a global pandemic. Without knowing what the long-term future would hold, there was an urgent need to solve remote work challenges in the short term. For many large enterprises who were already using Microsoft’s Office 365 (O365) suite, adding Teams into the mix was the quickest, simplest solution to address immediate needs.

But what about the long term? Now that the initial remote work scramble has cooled off and the global vaccine rollout is moving ahead, more and more businesses are looking beyond the immediate once again. Instead of being forced to make reactive choices, we’ve learned from the rapid shift to remote work and we’re getting back to strategic, proactive decision-making. So this seems like an apt time to consider the pros and cons of collaborating on mechanical design using Microsoft Teams.

Here’s a rundown of what works well and not-so-well, when it comes to engineering collaboration in Teams.

It almost goes without saying, but Microsoft is still a huge player in enterprise software. Many large organizations were already using O365 so there was no added cost to start using Teams. It was already part of their subscription, which made it a fast option to get up and running remotely. And, although the service was only launched in 2017, there are some definite advantages to adopting Teams for your team (particularly in workplaces that were formerly slow to adopt new technologies and tools).

Here are three benefits of using Microsoft Teams to collaborate on mechanical design:

Even though Teams was already available to organizations using O365, it was still standard to rely on Outlook and to view email as the primary day-to-day communication tool. Many of us still think of email as a fairly modern way to communicate. Yet the first email was actually sent in 1971 — 50 years ago!

Without being able to walk over to a colleague’s desk, the need for a better daily communication tool quickly became obvious when the pandemic first hit. Email still has its uses but chat tools and channel-based comms are quickly becoming the new standard for a large majority of day-to-day communication needs. Collaboration on engineering design often requires frequent back-and-forth, which email isn’t well-suited to do. (Especially when a long “thread” gets clogged up with email signatures after every single reply!)

Since Teams is part of the Microsoft family of business applications, it’s not only included with the cost of O365 — it’s also tightly integrated with other O365 products. While Teams also offers third-party integrations with other tools, including O365 competitors, it’s built to work as seamlessly as possible within the larger Microsoft ecosystem.

While this “seamlessness” isn’t always perfect, it’s certainly useful for organizations already using O365. If you’re working from Word documents, Excel spreadsheets, or PowerPoint decks: they all function better within Teams than as static email attachments or SharePoint links that get lost in your archive. Toggling over to the “Files” tab lets you easily find what you’re looking for, when you need it, instead of combing through an endless inbox.

To “reply all” or not to “reply all”? Now that’s the question. Trying to decide who should be CC’ed on an email, or at what point you need to loop someone in with a CC… how many hours have we all wasted over the years, trying to make email work in ways it’s just not built to work?

Microsoft Teams offers greater efficiency and transparency with its ability for you to create “Teams” as well as “Channels” within those Teams. (Although perhaps it would’ve been less confusing to give the Teams feature a different name than the name of the app itself!) Like Slack and other tools, this channel-based style of communication cuts down on email noise while still offering more transparency. Everyone can stay better in-the-loop, while working more efficiently at the same time.

But, even with millions of users worldwide, nothing is without its flaws. For many organizations, making the leap to Teams has been a net positive — especially, as mentioned above, for workplaces that otherwise might’ve taken years longer to “go digital.” However it doesn’t take long for the world to adapt.

Being on Microsoft Teams has essentially become simple table stakes for today’s teams, and plenty of people are starting to look beyond Teams for solutions more specific to their unique needs and goals. And since digital collaboration is often an added challenge for engineers dealing with large, hard-to-share CAD files, hardware teams may have even more to gain than most by branching out beyond MS Teams.

Unless you’re advanced enough to be using a third-party integration for an automation tool like Zapier, built-in automated workflows are not a core part of what Microsoft Teams does. And, even with Zapier or similar tools, you still need to invest significant time to build custom workflows and maintain them over time as things inevitably change or evolve. Microsoft Teams is designed for communication and collaboration, but it’s not ideal for automating your workflows.

That means using it can increase your productivity and efficiency — but only to a point. You might still find yourself doing repetitive or manual tasks. You know, the kind of work that makes you mutter to yourself, “There has to be technology that could do this automatically,” as you do something tedious for the tenth time that week. While there are various bots and bot functionalities for Teams, they’re not built for robust workflow automation and have limited use for mechanical design collaboration. (Plus, similar to tools like Zapier, sometimes setting them up takes more work than they’re worth.)

Chat messages and channel-based communication might increase efficiency and transparency on a day-to-day basis, but the trade-off becomes clear when you’re trying to trace your way back through the thought process that led to a particular decision. The integration across O365 products has its usefulness, for sure. But the lack of a single, unified search function means you can still find yourself stuck trying to remember exactly where a certain conversation took place.

Not to mention, when it comes to collaborating on mechanical design, your data organization and traceability needs go beyond having a robust search function. Trying to figure out the right search terms to bring up a conversation you know you had — but don’t know exactly when you had it, or exactly what phrases are unique enough to narrow down the search results? Talk about a nightmare. Teams may offer real-time communication you can’t do within a PDM or PLM solution, but its lack of organization and traceability means you still end up scrolling back through conversation histories when you need to dig up a decision trail.

3. Not purpose-built for engineers

Basically, Microsoft Teams is a generic collaboration tool. That’s why it’s been able to hit 145 million DAU and grow 353% in just over a year. It’s built in a way that makes it usable by almost any team wanting to collaborate digitally. It’s flexible and — if you already have O365 — it’s relatively simple to set up without any new cost or extensive IT support. That’s why for many teams needing a short-term fix, it’s been a good thing.

But for engineers, for mechanical designers, for industrial manufacturing and product development teams… it’s really just been a small taste of what “digital transformation” (apologies for the buzzword) has to offer. MS Teams isn’t the end-game for digitally collaborating on mechanical design; it’s only the beginning. So while the fact that it’s not purpose-built for engineers is listed as a “con,” the fact that many more engineering teams are using Teams and other collaborative tools? Well, that’s exciting. Because there’s so much potential for collaborative engineering design to accelerate over the next decade, and for the brightest minds in the world to work together in ways that were never possible before.

So, when do the cons of Microsoft Teams begin to outweigh the pros? That’s going to be different for every team, and it’s going to depend heavily on both your business needs and your business goals. For many organizations, there have been plenty of positives: becoming less reliant on email, wasting less time to workaround un-integrated applications, and finding better ways to communicate that foster efficiency and transparency.

To take global collaborative engineering to the next level, though, teams will need to begin feeling the pains of trying to use a generic collaboration tool for highly-specialized work. Engineering design involves multiple, overlapping, iterative processes and calls for robust, standardized workflows — especially when regulatory requirements and quality standards must be met. For the industry-leading teams that are building our future and creating entirely-new innovations, Microsoft Teams just won’t cut it over the long term.

But… one step at a time. Making the move to MS Teams might’ve felt like a “giant leap” forward for some organizations. So before throwing the baby out with the bathwater, it’s worth taking a closer look at your team and your processes to find out where your people are running into the biggest blockers to greater collaboration. Once you understand exactly how Teams falls short for your team, you’ll be ready to make a better-informed decision about exactly what your next digital step should be.

Want to take a deeper dive into the ways engineering teams can update their processes for 2021? Get a one-hour rundown on the best practices for digital design reviews with this on-demand webinar, based on insights gained from conversations with 100s of engineers and industry experts.