From Drawings to Models: Why Mechanical Engineering Skills Need to Evolve Along with Tech 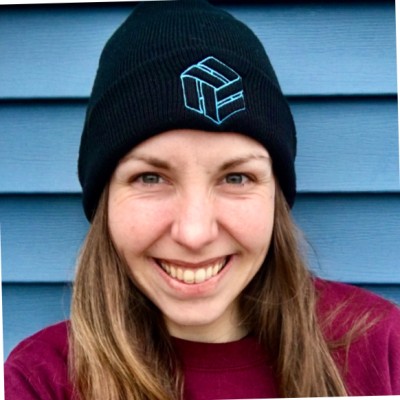 As technology advances, it has a ripple effect on the field of mechanical engineering. The tech we use, and how we use it, plays a big part in how we build physical objects. We’ve seen it happen before. During the last century, drafting by hand went from being standard and commonplace to being almost universally replaced by computer-aided design (CAD).

Now we’re at the next frontier. While 2D drawings and documents haven’t disappeared completely yet, the move toward model-based methods of working is picking up serious steam. And just like the shift from drafting tables to CAD programs, this evolution is impacting the skills that are essential for mechanical engineers. So in September 2021, CoLab Software’s Mark Morreale and Action Engineering’s Jennifer Herron sat down for a live chat about skill development for the model-based world.

This post contains some highlights from their conversation and explores why the mechanical engineering skillset is changing, how to adapt to these changes, and what it all means for the individuals and organizations who build physical products.
‍

Model-Based Definition (MBD) isn’t a switch you just flip on, or a piece of tech you buy and then you’re done. To operate with a model-based mindset, it takes cultural and organizational changes that match the changes in technological capabilities that have emerged over the last couple decades. That type of shift isn’t going to happen by simply taking a document-based process and making it digital.

“I think what’s happened in the last 20 years is we’ve picked up on tiny pieces of model-based activities,” says Action Engineering CEO and Founder, Jennifer Herron. “It’s really important to recognize the fact that we’re still using processes that were reliant on printing out a piece of paper and walking it around for approval, even in our digital stuff… These are really, really hard process changes for people to make because they’re overcoming so much inertia in the document-based systems.”

And adopting new technology is not, on its own, the entire solution. As Mark Morreale points out, “Even from 20 years ago to today, we’re able to do things in a more rich format with the data that we’re working with—but it’s still primarily through drawings.” However, once you’re able to start moving toward model-based methods, it becomes easier to see the benefits. “As soon as you start going back to writing design documents and specification requirements documents, outside of a model, you realize: this is not the way to do it anymore,” says Morreale.

The Shift to Using 3D Data

Having the right mindset is key, but it’s not the only hurdle on the journey to MBD and the Model-Based Enterprise (MBE). Making the shift to using 3D data—and trusting that it can be relied on as the authoritative source of information—means getting used to a new way of documenting things. It means seeing the value in transitioning away from drawings, so that they’re less foundational in our processes.

“When we talk about skillsets of the future, there’s going to be a change in the way we communicate. Right now we email things with documents and PowerPoint,” remarks Morreale. “How can we start introducing these concepts so that they become essentially fundamental to how students are learning to document their designs?... How can we build that momentum in the industry?”

It’s an open question, and not an easy one. “Suppliers are so used to getting bad data, or the shop floor is so used to getting bad data, they just don’t trust that it’s right,” says Herron. “One of the skills that we have to work through with everybody is to get them to trust the 3D documentation over the 2D drawing.” It will take effort to repair mistrust and get past this chicken-and-egg dilemma, but it’s work worth doing. As Herron puts it, “Once you get off of drawings and you start working with the model, you never want to make another drawing again. It’s the worst thing ever.”

The future of mechanical engineering lies in model-based methods. While advances in technology are making this transition possible, it’s about so much more than any particular piece of tech or software. And whether organizations and individuals take this shift seriously, and prepare for it—or not—will have a huge impact on everything else going forward.

For those who don’t pay attention to where the industry is headed, the road ahead will be difficult (and expensive). “From a cost aspect… they’re going to lose out on speed and lose out on quality efficiencies, and those two things combined will leave them way behind their competitors,” notes Herron. “So your competitors are going to go faster with higher quality, and that is going to cost you money in the long run. Or you’re going to dissolve because you haven’t made the evolution that needs to be made, and take advantage of the new technologies.”

In addition to speed and quality, there’s also the matter of talent. “There’s going to be a point in the workforce where the top companies will have that competitive edge—not only in being able to operate faster, but being able to have their pick of the top talent. Because it’ll be known that they’re adopting these methods that are future-thinking and forward-thinking towards the Model-Based Enterprise,” predicts Morreale. “Top talent is going to be pursuing those companies, where they operate in this way which is known to be efficient.”