"ISO certification focuses on documentation and traceability. CoLab is going to be a big help with that. With CoLab, we document histories of everything automatically just by doing the work, and everything else is stored in a paperless digital record.”

Hyundai Mobis is a Tier 1 automotive supplier for Original Equipment Manufacturers (OEMs) like Chrysler, Ford, GM, Tesla, and others. With thousands of employees around the world and billions of dollars in annual revenue, Mobis has been building innovative and world-class products for some of the biggest brands in the business since 1977.

Before adopting CoLab, Hyundai Mobis had started looking for a better way to share design files both internally and externally. The Mobis team had recognized that a few improvements to their engineering collaboration processes would have a real impact on the business.

The right solution would make it easy for engineers and leaders to do three main things:

Given the mission-critical importance of IP and data security for Hyundai Mobis, sharing and accessing files requires adhering to very particular processes and protocols.

“We’re extremely focused on our document security,” noted Igor Beric, Manager — Global OE EE. “It’s generally very rigorous for us to even transfer CAD files between our own internal systems. So previously, we’d have to use an FTP server or get an internally-approved USB just to transfer a 7MB file.”

With the need to collaborate across a range of different file formats, CAD tools, and PLM systems, it could be complicated to get the right person the right access to the right file at the right time.

“I always had access to a CAD system and a PLM system, specific to one OEM customer,” Beric continued. “But when it came to other customers and people wanting to share CAD, I always had to be hooked up to the VPN servers. I always had to wait 18 minutes for one model to load up — then, if somebody wanted to see a different one, I’d have to wait another 18 minutes for that.”

Without a standardized, secure way to easily share files back and forth between engineers and different internal teams, simple file accessibility was becoming a time-consuming challenge.

“To share CAD, I’d have to go and download some big file and then find a way to send it or give it to somebody,” described Hak Park, Engineering Manager. “As stupid as it may sound, sharing files was very hard to do here with all the security.”

“As stupid as it may sound, sharing files was very hard to do here with all the security.”

It wasn’t just a matter of file sharing, either. Aside from sharing the CAD files themselves, it was also challenging to effectively communicate feedback and design intent. Like many engineering teams, the Mobis team was stuck trying to use screenshots and slide decks to collaborate.

These collaboration pains also made it difficult to effectively share CAD externally, with customers and potential customers. “The main reason we actually needed CoLab at the time was because we were quoting new business,” Park explained. “And we didn’t really have a good way to look at the 3D model files that Fiat Chrysler Automotive was sending, in order to quote.”

The Mobis team had started looking for potential solutions and workarounds, but had been unsatisfied with other options. “Because it was so slow, before CoLab I had also looked into free CAD viewers available online,” mentioned Park. “So we tried that, but we didn't have any real control. We couldn’t do the reviews and issue creation that we can do in CoLab."

With team members in both the United States and South Korea, plus OEM customers all over the world, CoLab enables seamless global design collaboration for Hyundai Mobis.

Since adopting CoLab, the Mobis team can now securely share and review 3D files and drawings with anyone, all from a simple web browser.

“When Hak introduced me to CoLab I was like, ‘Wow, you’re just doing this right from your browser,’” recalled Beric. “He said, ‘Oh yeah, I can do it from any PC. I just need a stable internet connection.’ So that definitely opened my eyes to it.”

With CoLab, engineers can create dynamic 3D design reviews and assembly instructions to share with internal teams and customers. Feedback happens with full mechanical context, allowing any collaborator to freely view and manipulate 3D models. Plus all design decisions, information, and actions get automatically tracked in CoLab.

“Doing the upload to CoLab — I can see that model, play with it, look at it, anytime I want. Not just at the office, but also externally. So that was a very critical thing for us,” Park commented. “The issues and the reviews we created on our files were key for our tech review when we were bidding for the program. Fiat Chrysler Automotive really liked being able to see the model on screen and being able to move it around. I think that was very helpful.”

And while file sharing has gotten much simpler and faster, security is still paramount. Not only does CoLab uphold the Mobis team’s rigorous security standards, the user experience is built with security in mind every step of the way.

Hyundai Mobis always has full control over file access and downloading permissions, including the ability to shut access off at any time. Unlike email, CoLab makes it easy to know what’s happening with design files even after they’ve been shared externally. “Anytime somebody downloads something, I get the notification. I see it,” noted Park.

CoLab has also made a big difference when it comes to collaborating internally. It’s given the team a fast and smooth way to transfer files between workstations. “Several of our engineers actually cross-pollinate between multiple projects,” remarked Beric. “The downloading and uploading and just how easy and fluid that went, that’s been unexpectedly beneficial to us.”

Plus, multi-CAD collaboration is simpler and more cost-effective with CoLab. “There are real-number costs to have converters implemented into CAD systems to be able to go between a CAD product to a STEP file to an IGES file to a PRT file, whereas CoLab does it naturally,” pointed out Beric.

In fact, on top of supporting 70+ native file formats, CoLab integrates directly with major CAD/PLM systems. As Beric put it, “The added benefit of having the PLM implementation in CoLab, that was definitely the icing on the cake.”

But one of the best things about CoLab? All the time it saves by cutting out needless slideshow prep and manual admin work. Since Beric began using CoLab, his team of mechanical engineers has more than doubled. CoLab helps make the onboarding process a breeze.

“From day one, once I get them that CoLab license, they’re able to dive in and see all of our projects and see all of the products that we produce,” explains Beric. “Before that, it would’ve taken me at least a month to put together a detailed PowerPoint. Now I simply get them access to the project folder in CoLab, get them ramped up really quickly, and have them start scanning through the 2D and 3D CAD to try to identify any issues, right from the get-go.

“Before, it would’ve taken me at least a month to put together a detailed PowerPoint. Now I simply get them access to CoLab.”

So what does Hyundai Mobis have to say about the business results of adopting CoLab?

“Another big benefit is the engineering change notices,” noted Park. “Fiat Chrysler Automotive is constantly sending revisions to their parts or components. With CoLab, we can go in and see what it was versus what it is now, so we can assess the changes much better than we could before. That's a very big benefit for us."

Securely sharing files and collaborating on CAD with external stakeholders is much simpler and faster now. “It’s a benefit to be able to share files with headquarters, or with anybody,” said Park. “It’s very hard to send stuff, with our security. But CoLab has helped with that a lot.”

It’s also been a cost-effective way to make files and information more accessible across the company, especially when it comes to 3D models. CoLab makes it possible for anyone to view and manipulate a design in 3D without needing direct access to a CAD or PLM system.

And since CoLab is so easy to roll out and use, the Mobis team didn’t have to go through months and months of painful implementation before starting to see real value.

“Being able to jump into CoLab and have it be so intuitive is definitely helpful,” added Beric. “We have a core design team that’s outside of our mechanical design team. Having that simple way to transfer files using CoLab and being able to show them quick markups or snap to sections, so they can clearly understand what our intents were — that was a big game-changer for me.”

“Having that simple way to transfer files using CoLab… that was a big game-changer for me.”

Hyundai Mobis also values the partnership CoLab offers. “Every issue we have, we report it. If it’s something solvable, it’s resolved within a day. If not, we find out that it’s in the roadmap or there are plans to implement it,” remarked Beric. “I feel like the CoLab team is really there, supporting us every step of the way.”

Ultimately, with CoLab, the Mobis team can move faster without sacrificing on security or quality. For Park, the difference CoLab makes is simple: “The review of changes is much, much faster and much more accurate for my engineering team.”
‍ 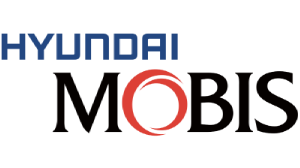 Curious how CoLab can help you with that? Let’s talk.